Youth Voices: I voted at 17 in Takoma Park 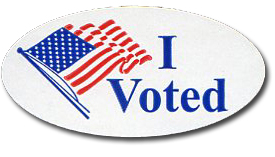 The first time I voted in an official election, I was 17 years old and it wasn’t even a contested race. I didn’t have any options who to vote for. There was only one candidate running for Ward 2 in my city of Takoma Park, but when I showed up to vote, and in the months before when I had decided to do so, that never really played a factor in my decision to vote.

When my city became the first in the nation to grant 16 year olds the right to vote in local elections, it was never a question about if I would vote. For as long as I can remember, politics and government have been an important part of my life. Through my parents and their work, growing up around Washington DC, spending large parts of my childhood in Israel, politics always mattered. As I got older, and developed my own opinions, I began to look for ways to express the beliefs that I had developed and felt were important. It is clear that there is no better way for those who care to display that than to vote.

When given the chance to directly impact who will be leading and what will be occurring in your town, city, state, or country (and to get a free sticker!), it is imperative to do so. It took me 20 minutes to register, vote, and even speak with a reporter afterward, and I would have done it had it taken me two hours. Because 16- and 17-year-olds do care. They do want to have an impact. Their future does matter to them, and they deserve the right to help shape it. While my vote may have had little impact on that particular election, there are many votes ahead of us, both locally and nationally. And I hope that the elections that truly matter are impacted by young Americans who care. Because they do. Let’s give them the chance to show it.

Mattan Berner-Kadish is a student at the University of Maryland and a member of the Vote16USA Youth Advisory Board. He was one of the first people in the nation to vote in an official election before turning 18.