Vote16DC Campaign Off to Blazing Start 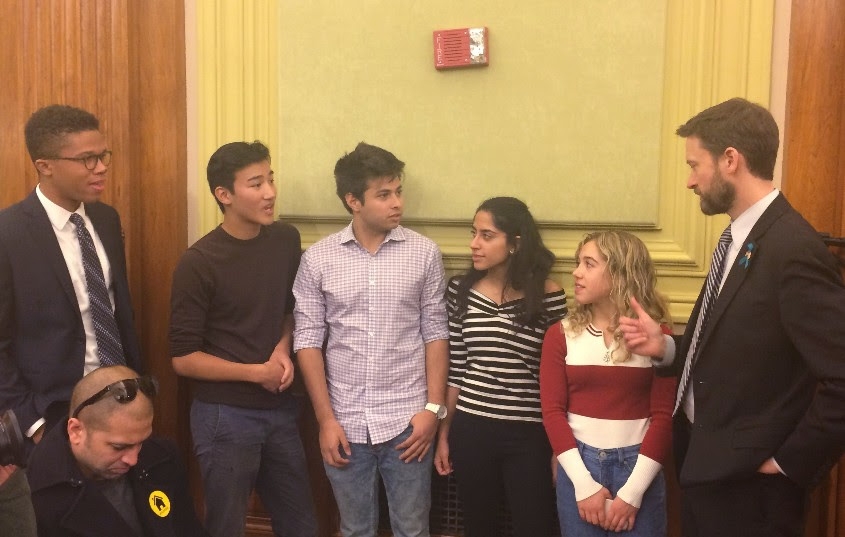 Just days after it was publicly announced with a bill to lower the voting age introduced in the DC city council, the Vote16DC campaign is off to a blazing start. On April 10, Councilmember Charles Allen introduced the bill along with six other co-introducers. The seven initial city council champions make up a majority of the 13 member council, and Mayor Muriel Bowser has indicated her support as well.

The bill’s introduction was accompanied by a surge of local and national media attention, including segments on all of the local TV network affiliates that featured youth leaders prominently. On April 14, the Washington Posts’s editorial board published an editorial supporting the measure, reasoning that:

“We think a more compelling argument can be made in favor of lowering the voting age as a measure that could encourage lifelong civic engagement.”