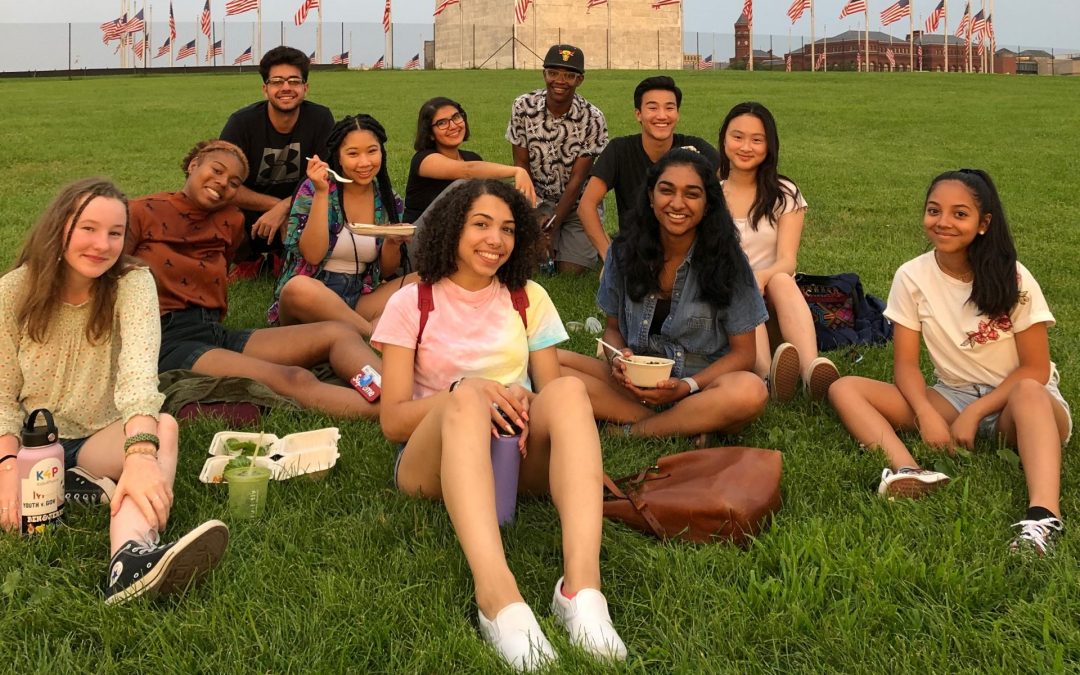 #1: 126 Members of the U.S. House of Representatives Support Lowering the National Voting Age to 16

On March 8, 2019, the U.S. House of Representatives held a vote on a proposed amendment to HR.1, the “For the People Act,” to change the federal voting age to 16. The amendment was proposed by Massachusetts representative Ayanna Pressley and was co-sponsored by representatives Grace Meng of New York and Jan Schakowsky of Illinois. Although the amendment did not pass, the support of 126 members of congress is proof that we’ve made significant progress in bringing this policy idea into the mainstream in the past few years.

“Rep. Pressley’s amendment is a fantastic and crucial step to lowering the voting age both federally and locally. Young people are now aware of national support from our Representatives for our voting rights and that’s very exciting. We are very optimistic for 2020 as we are seeing the political will for Vote16 increase,” said Jason Chen, a Vote16USA Youth Advisory Board member from California.

#2: Vote16 Enters the Mainstream in Massachusetts: 5 cities and towns pass local measures to lower the voting age to 16

A push to extend voting rights to 16-year-olds has taken Massachusetts’ cities and towns by storm this year. Somerville, Brookline, Concord, Malden, Beverly, Shelburne, Northampton, and Wendell, have all held votes on the local level to determine whether to support lowering the voting age locally, and local governments in five of those cities and towns voted yes. Each municipality will now send a petition the state government to seek approval to implement the change locally. If the state decides to approve the petitions, the towns will be allowed to officially lower their municipal voting age. This local-level progress also helps fuel momentum for the EMPOWER Act, a bill currently before the Joint Committee on Election Laws that would allow cities and towns to implement the change without needing to seek state approval. Momentum in Massachusetts is strong and we are eager to see which other cities and towns follow suit in 2020.

#3: The California Assembly Approves Measure to Lower the Voting Age

The lower house of California’s state legislature passed a proposed state constitutional amendment, ACA 8, which would allow 17-year-olds to vote in elections statewide. If the Senate approves the amendment in 2020, it will then be up to California voters to ultimately pass it. Youth leaders and advocacy organizations have done tremendous work to secure the support of dozens of legislators and leading organizations including the California League of Conservation Voters, Rock the Vote, the League of Women Voters of California, the California State Student Association, and many others. This progress in the state legislature also has the potential to fuel local-level activity to lower the voting age in California cities. We are proud of youth leaders in California for the progress they’ve made in 2019, and can’t wait to see legislation continue to advance in 2020.

In November of this year, Greenbelt and Riverdale Park, MD held their first elections in which 16-year-olds could participate! Greenbelt lowered its voting age in 2018 after years of persistent advocacy from high school students. After just 23% of the city’s voters expressed support for the change in 2015, young people campaigned across the city and compelled 54% of voters to express support on a non-binding referendum question in 2017, leading the city council to make the change official shortly thereafter. Riverdale Park followed suit by lowering its voting age later in 2018. We were excited to see 16- and 17-year-olds participate in local elections in these cities for the first time in 2019, and can’t wait for more cities to join in expanding voting rights in the year to come.