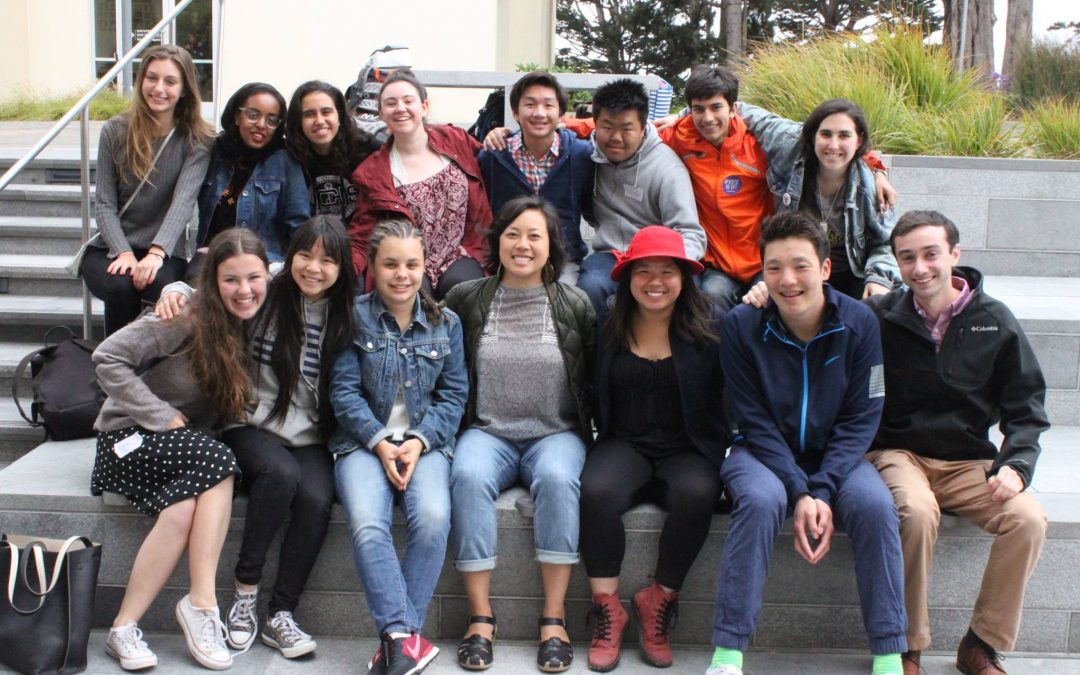 For the first time in history, young leaders from around the country gathered in person to advance efforts to lower the voting age on the local level in multiple cities and build the national Vote16USA campaign. Eleven members of the Vote16USA Youth Advisory Board met in San Francisco June 28-29, and were joined by several other students working on the Vote16SF campaign, which will be on the ballot in November.

The Youth Advisory Board was established prior to the launch of the Vote16USA campaign last December, to ensure that young people remain at the front and center of the effort. After months of conference calls and video chats, the group relished the chance to finally meet in person. Attendees represented San Francisco, Berkeley, Santa Rosa, Washington, D.C., Evanston, IL, and Denver.

The retreat’s first day started with presentations from each city’s representatives on their work to lower the voting age in local elections. Some cities, like San Francisco and Berkeley, are very far along in the process, while others, like Evanston, are just getting started. After each presentation attendees discussed how they could help each other reach their local goals. We then moved to the first skill-building session of the retreat, a storytelling workshop led by Celi Tamayo-Lee, the Youth Empowerment Academy Coordinator for the Vote16SF campaign. Participants worked with each other to connect the Vote16 issue with their individual backgrounds, resulting in powerful personal narratives about the need for a lower local voting age.

At the end of the day, the group traveled to a Berkeley City Council meeting to see these ideas in action. Inspired by passionate testimony from Simelia, a member of the Youth Advisory Board, the council approved a measure that means Berkeley voters will decide in a November referendum whether to lower the voting age to 16 for school board elections in the city. The effort to get this issue on the ballot was entirely youth-led, and it was inspiring for young leaders from around the country to see this work succeed in a tangible way.

“I can draw from the successes of others,” one attendee said. “Seeing the progress of Vote16 movements in Berkeley and San Francisco gave me some great ideas to use at home.” The retreat’s second day was jam-packed with activity. Guest speakers led skill-building sessions on Campaign Fundamentals and Media Training, everyone started generating content for social media, and the group discussed visions for the future of the national Vote16USA campaign and the Youth Advisory Board’s role in it. Everyone also had time to work on individual plans for their cities, with helpful feedback from the group. The retreat’s closing session focused on crystallizing the impact of these days and sharing our plans for the future, and then we headed out for a Chinatown Alleyway Tour and explored Little Italy to let everyone see some less touristy parts of San Francisco.

Everyone went back home with new skills, bold plans, and renewed energy to advance campaigns to lower the voting age in cities around the country.

As one attendee said, “This retreat has had a major impact on my confidence as a youth leader. Before this retreat I was doubting how much progress a group of young people could actually make. But after seeing how far the youth in these different cities have progressed, and after getting to meet them, I have a renewed faith in young people’s ability to incite great change.”