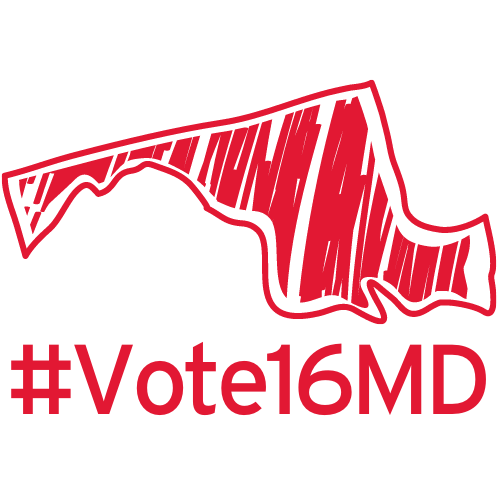 On August 23, Generation Citizen and its Vote16USA initiative, in conjunction with partners across the University of Maryland, announced its participation in the Vote 16 Research Network, a community-led collaboration between the university, community leaders, young voters, and philanthropy that will pursue new knowledge about lowering the voting age together. The network will work to produce ongoing knowledge about lowering the voting age and establish a connection between scholars and communities that can expand beyond this particular policy in important and impactful ways.

“The cities in Maryland that now use a 16-year-old voting age for local elections have inspired discourse on the national level and advocacy in states across the country,” Generation Citizen CEO Elizabeth Clay Roy said. “We can think of no better way to advance this conversation than by bringing together the key leaders from Maryland’s pioneering cities – plus scholars and advocates who have shaped debate on the issue in other states – to pursue new research together. We’re proud to launch the network today alongside CicIC Maryland and can’t wait to share the results of our work together in the months ahead.”

As part of the launch, representatives from CivIC at the University of Maryland School of Public Policy, the College of Education and the Center for Democracy and Civic Engagement at the College of Behavioral and Social Sciences are spearheading the Vote 16 Impact Analysis, a first-of-its-kind study to learn more about what happens when communities lower the voting age to 16 in the United States.

This effort brings together young people directly impacted by the policy, the local government officials who implement it, educators who teach students about politics, and scholars who study these issues to learn and grow together. The impact analysis will help identify useful strategies for youth activists, local election officials, educators and community organizations.

“​​Each leader in this network brings unique strengths and experiences, and the work we do together can pave the way for rapid advancements in both scholarship and advocacy to boost civic participation through 16-year-old voting in US cities,” Brandon Klugman, Generation Citizen’s Associate Director of Campaigns said.

Generation Citizen’s Vote16USA initiative supports youth-led efforts to extend voting rights to 16- and 17-year-olds across the country, as part of the organization’s commitment to strengthening youth civic engagement. The new research network will produce insights and provide opportunities for connections that will strengthen all of Generation Citizen’s Vote16USA work.

The robust study will focus on communities in Maryland, such as Takoma Park, Riverdale Park, Greenbelt, Mount Rainier and Hyattsville, to determine how the policy is having an impact and if that impact is driven by messages in the media, school based mobilization, community / local government activity outside the classroom, or some other factor. Similarly, if the quantitative analysis reveals limited impact, the survey data will help illuminate where implementation is failing and undermining the effect of the policy.

Despite the example the Takoma Park community set nearly ten years ago by allowing 16 year olds to vote, policymakers across the nation are still relying on studies from Scotland and Denmark to approximate the impact of lowering the voting age. The launch of the Vote 16 Research Network is a hugely important step forward to understand the impact of this policy is the highly distinctive U.S. political environment.

Learn more about the research network and opportunities to get involved from the Civic Innovation Center.