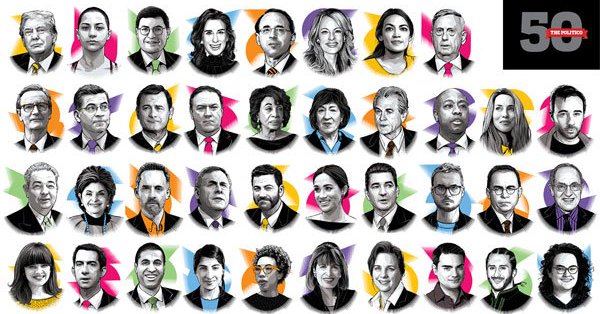 The annual Politico 50 list, a list of “50 ideas blowing up American politics (and the people behind them)” features not one but two proposals to lower the voting age to 16. Several of the individuals profiled by Politico were asked to name a new amendment they would like to see added to the constitution. Both Amanda Litman, the founder of Run for Something, and Emily Cherniack, the founder of New Politics, proposed an amendment to change the national voting age to 16.

As Cherniack put it:

“I’d love to see the voting age lowered to 16. Our young people are going to be the ones who will have to grow up and raise families in the world our leaders are creating now, and they should have a say in that. We’ve seen incredible youth movements this year with amazing young people doing effective political work, and yet many of them are still too young to vote. They have a stake in the decisions our leaders make, and we should bring them to the table.”

Litman put the issue in the context of a larger vision for voting rights:

“Ratify a massive voting rights amendment that lowers the voting age to 16, mandates automatic voter registration, requires all states to do both vote-by-mail and 30 days of in-person early voting and makes voter ID laws unconstitutional—plus, let’s get rid of the Electoral College while we’re at it.”

Others on the Politico 50 list also highlighted youth civic engagement in their responses. The Parkland Teens want to see ” an amendment that would limit the age restriction for running for various offices so anyone at 18 could run for any office,” and Sean McElwee, a writer and former Demos policy analyst, ponders what the constitution would look like if it was written by those under the age of 30.

Check out the full list from Politico to read about other big ideas and influential leaders.