We launched Vote16USA in 2015 by publishing a white paper that outlined the research behind the idea of lowering the voting age, progress to date, and where it was most feasible to pursue advocacy. That paper, which ultimately became a leading resource on this topic, marked our first contribution to the community of youth leaders, activists, policymakers, and stakeholders interested in lowering the voting age. Since then, we’ve released a second edition of the paper, 126 members of congress have championed the issue, and young people have pushed forward legislation more than 12 states. The latest, 2017 white paper continues to be a first stop for many interested in youth voting rights.

Today, we’re excited to announce the launch and publication of the latest edition: “Young Voices at the Ballot Box: Amplifying Youth Activism to Lower the Voting Age in 2020 and Beyond.”

The updated paper includes the most recent research on the topic, including analysis of recent elections and the impact of 16-year-old voting in countries around the world. It also discusses the progress made by recent youth-led campaigns and legislative advances at all levels, including the Vote16DC campaign that brought a new spotlight to the issue in 2018 and presents the latest vision for the movement’s next steps.

CHECK OUT THE NEWEST REPORT FROM VOTE16USA

Read on to catch up on the latest.

Have an idea for Vote16USA or want to get more involved? Just reply to this email!

What’s going on around the country?

Colorado Coalition Pushes Vote16 Forward in State Legislature
The Student Voice Student Vote coalition in Colorado is preparing to mobilize young people and a coalition of organizations to testify before a State House committee on February 20, where they will make the case for the Student Voice Student Vote Act of 2020. The bill would allow 16- and 17-year-olds to vote in school board elections in Colorado and has gained momentum in recent months with new organizations joining the coalition. Check out their website to learn more and contact leaders to get involved. 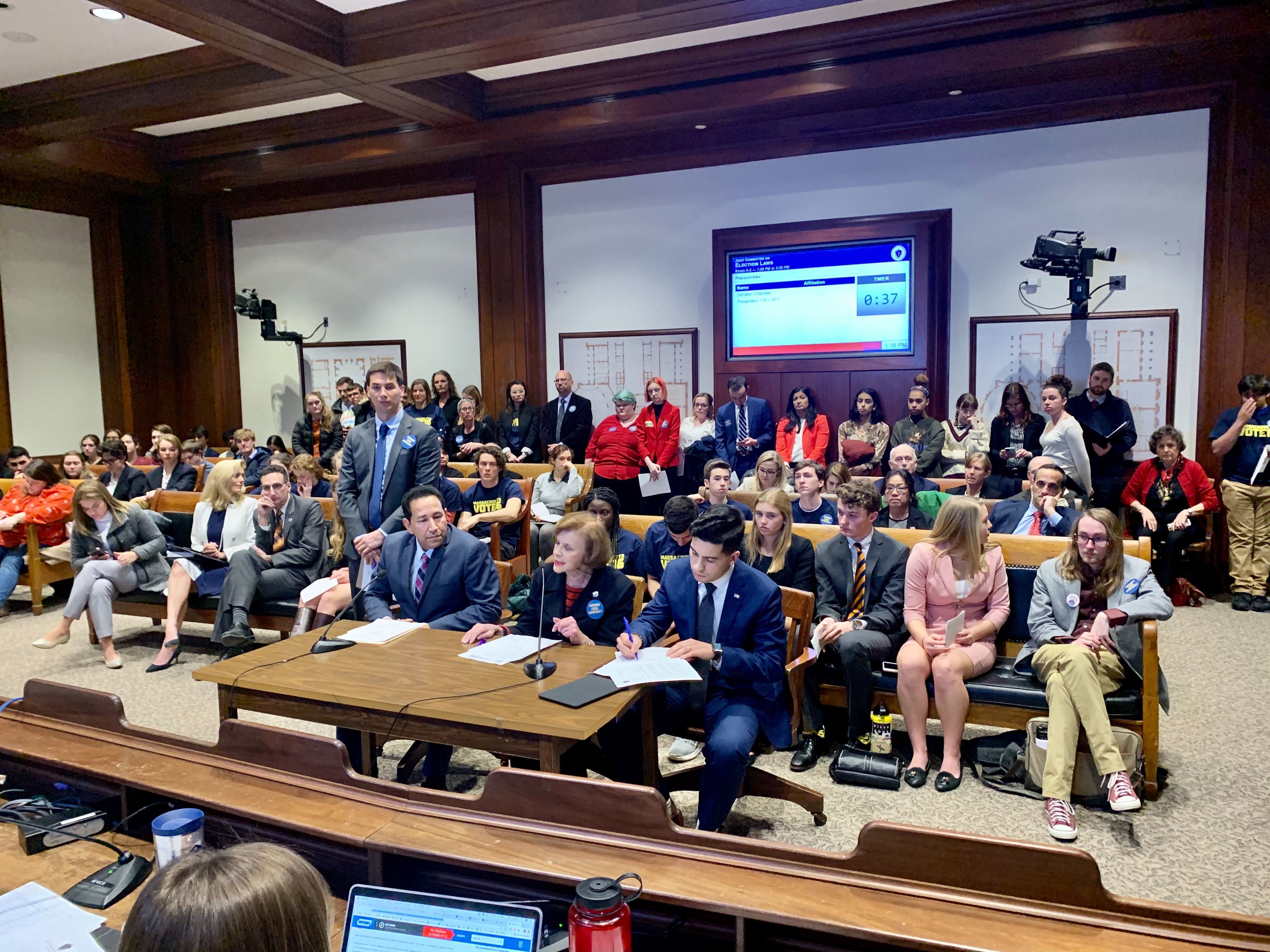 Young people, elected officials, and supporters packed a hearing room at the Massachusetts State House on January 22 for a hearing on the EMPOWER Act. Bill co-sponsors Sen. Chandler, Rep. Vargas, Rep. Gonzalez, and Rep. Fernandes testify in the photo above.

Push for local change accelerates in Massachusetts
On January 22, 50+ youth activists and their allies showed up at the Massachusetts State House to testify at a hearing in support of the EMPOWER Act. The bill that would allow cities and towns to implement a lower voting age on the local level without needing to get special approval from the state. Activists testified powerfully on the potential for 16- or 17-year-old voting to strengthen democracy on the local level, and highlighted the importance of municipalities to be able to test new ideas locally and act as laboratories for democracy.

Vote16 legislation in Hawaii advances out of Senate committee
A proposed state constitutional amendment to lower the voting age to 16 for state and local elections cleared through the Senate Judiciary Committee on February 7. This is the furthest a bill related to the voting age has ever advanced in Hawaii. The new progress is due in large part to an increased organizing effort led by The Association of Hawaiian Civic Clubs and other stakeholders. Check out some press coverage, and read powerful testimony that was submitted.

How Old Do You Have To Be To Vote? These Teen Activists Are Changing The Game
Elite Daily serves up a deeply reported feature story on youth activism to lower the voting age. It highlights the stories of Vote16USA Youth Advisory Board members, discusses the research behind the idea in great detail, and explores the impact it has already had where it has been implemented.

Why lowering the voting age would make for a better democracy
This op-ed in Mic discusses how voting at 16 could strengthen our democracy by helping to increase long-term voter turnout and ensuring young people are represented in decision-making. It highlights recent progress in California and addresses concerns some skeptics have with a lower voting age.

Too young to vote? NJ teens say they should have a say at 16
This feature story from the North Jersey Record highlights the growing momentum behind 16-year-old voting and perspectives from young people and researchers in the state. The story discusses state laws and the potential for future action in New Jersey.

Let’s lower the voting age in city elections
This Boston Globe op-ed makes the case for 16- and 17-year-old voting in local elections, and specifically argues for the EMPOWER Act, which young people in Massachusetts are rallying around. The article argues that 16 is a better age than 18 for young people to establish the habit of voting, and that experimentation with policies to increase democratic participation should be encouraged on the local level.

Help us amplify these stories by sharing them with your friends!