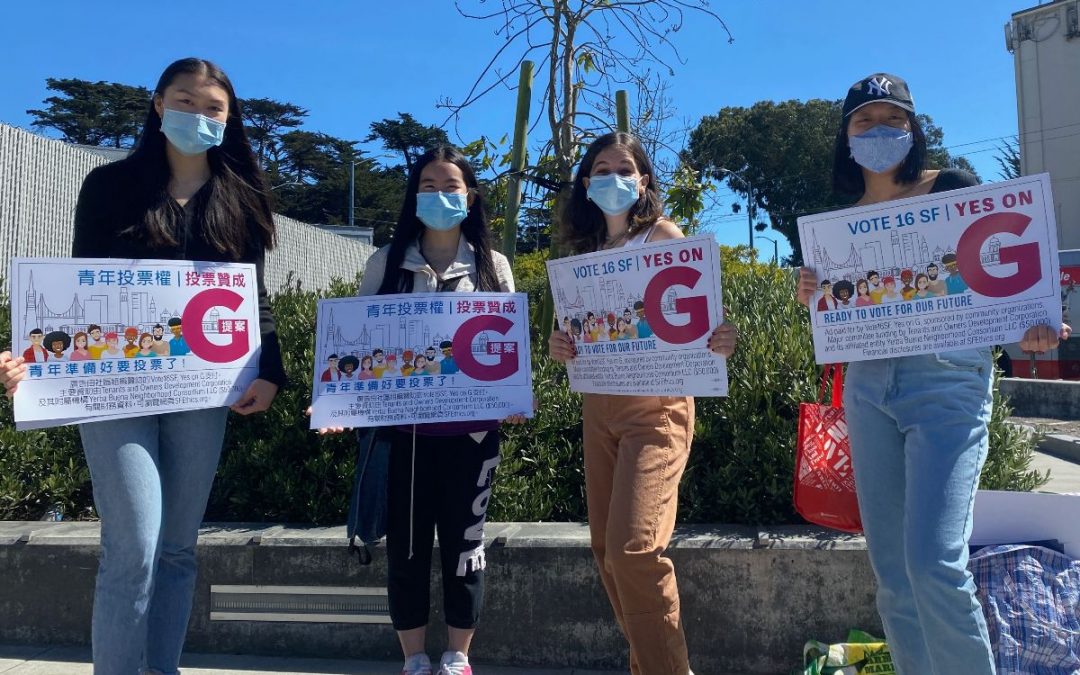 Prop G in San Francisco would lower the voting age to 16 for all local elections in the city. The measure was placed on the ballot after extensive advocacy from young people through the Vote16SF campaign, and the campaign has earned endorsements from nearly every elected official in the city and more than 60 local organizations. Learn more at Vote16SF.org, and follow Vote16SF on Instagram, Twitter, and Facebook. Watch an inspiring video featuring Mayor London Breed and youth activists to hear directly from those fighting for the change. 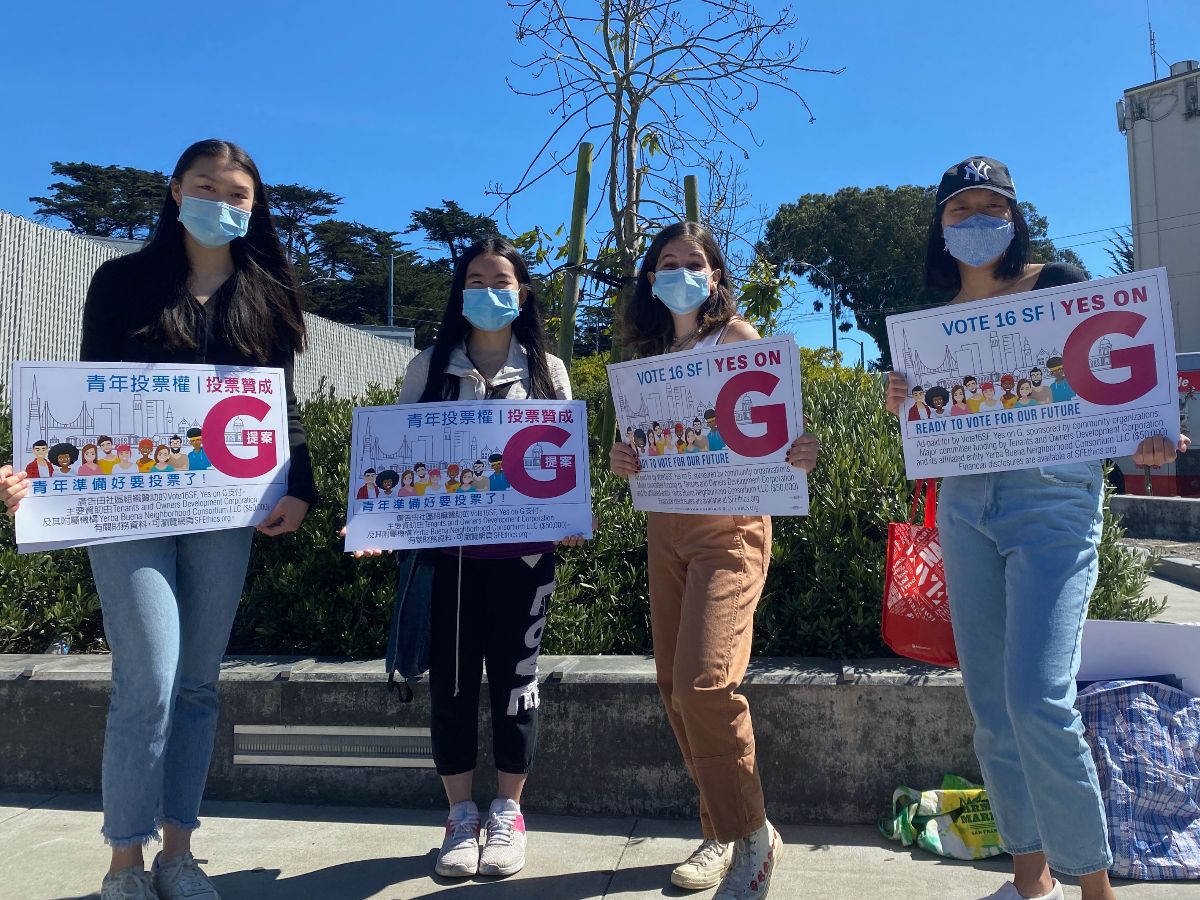 Measure QQ would lower the voting age to 16 for school board elections. The Oakland Youth Vote campaign, which is supporting the ballot measure, has earned broad support from elected leaders and organizations across the city. Watch an inspiring video featuring youth activists on the campaign website and follow the campaign on Instagram and Facebook. 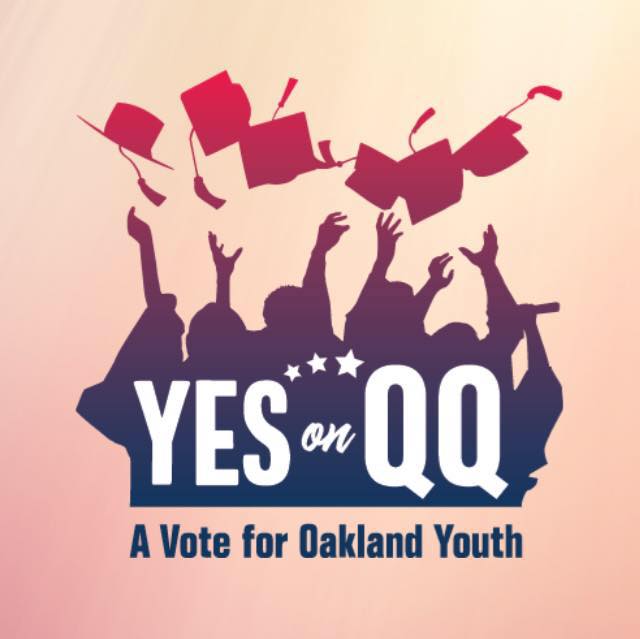 This statewide ballot measure, Prop 18, would allow 17-year-olds to vote in primary elections if they will turn 18 before the general. The policy is already in place in 18 states. The Yes on 18 campaign has built impressive momentum and is poised to make California the next state to adopt this policy. Learn more on the campaign website and follow along on Twitter. 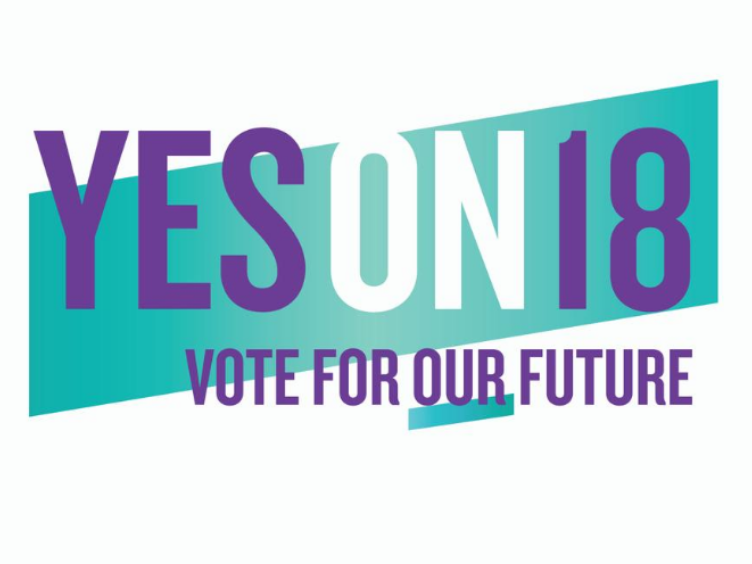 Initiative 76, a statewide ballot measure in Colorado, is a dangerous, anti-democracy, anti-immigrant measure. It would change the state constitution to more explicitly prohibit non-citizens from voting (non-citizens already cannot vote under current law). It would also do away with the state’s current, successful policy of primary voting for 17-year-olds who turn 18 by the general, and it would forestall future work on Vote16 in the state. This was put on the ballot by a xenophobic dark money group from out of state, seeking to drive turnout among certain voters with anti-immigrant narratives. The No on 76 campaign is led by young activists and a wide coalition, including the state ACLU. Learn more on the campaign website. 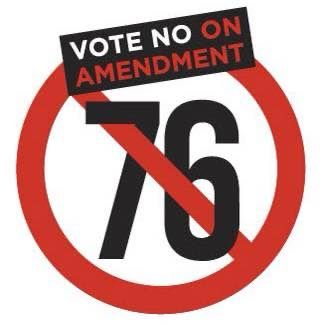 The city of Takoma Park, Maryland will hold its fifth local election with 16- and 17-year-olds voting for Mayor and City Council this year. Local elections previously took place during odd numbered years. This is the first year that the city’s local elections align with federal elections, following a recent amendment to the city charter to make that switch. Takoma Park is one of four cities in Maryland that use a voting age of 16 for local elections, but is the only one that is holding an election this November.